Maserati Sparks is a seasoned producer out Long Island, NY – who’s honed his craft over 10+ years in the game working with some of the biggest artists, brands, and producers around.

To get the namedropping out of the way, Maserati Sparks has produced songs for many of your favorite artists, from NYC royalty like Jadakiss, Juelz Santana, Main-O and French Montana to the new school in Conway the Machine, Dave East, Vado, Chevy Woods, Kiyanne, Lou Got Cash, Jezz Gasoline and Jay Gwuapo – to the modern day legends in Young Thug, Dej Loaf, and Trae the Truth – to the rising class of young stars like YNW Melly and Fredo Bang and many more.

Few producers have such an impressive credit list, and even fewer have been able to secure placements with brands including REVOLT, NBA2K, NBALive, ESPN, Love & Hip Hop, and more.  He was also nominated for a “ Spellman“ award in his co-production with an artist S1co from Norway who is under Def Jam Recordings Norway. The accolades continue to pile.

But who is Maserati Sparks? Maserati Sparks comes from a musical family in Long Island, where he grew up playing piano and organ in the church, encouraged to pursue music by the many musicians and singers in his family. It wasn’t until his later teenage years around 2006 that he combined his musical talents learned in church with the music he was hearing all around him in the neighborhood when he discovered he could create beats on his 8-track casino keyboard. Shortly after he started creating simple 8-track beats, a friend sold him an 002 Digital Interface with a laptop to go with — and he dove into production and never looked back.

Since then he continues to work with top artist as well as up n coming artist as too, he is also into the Sound Design scene in which he creates samples for other producers and has worked with all the top sample pack sites from Splice, Native Instruments Sounds, R-Loops, Slooply, and many more.

“Maserati Sparks “ keeps pushing forward and working in this music industry as a full-fledged producer — working with artists, collabing with other producers, and constantly improving his craft. 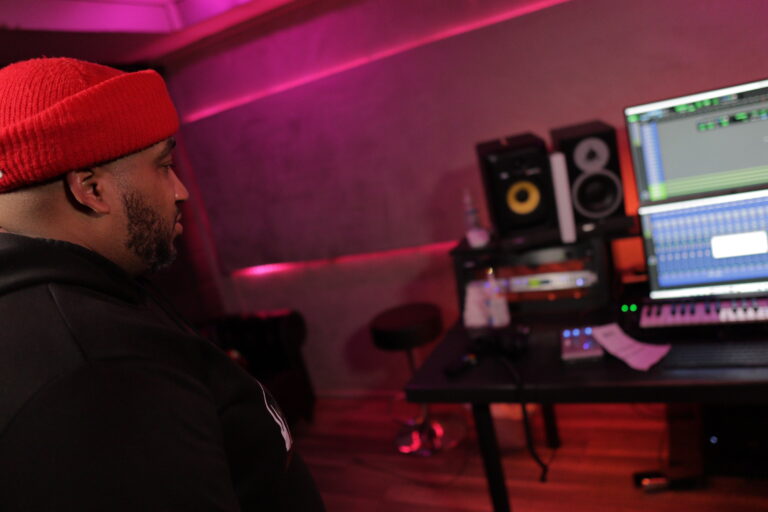